At a meeting of the Works Council in the company headquarters at Louvain-la-Neuve (Belgium), AGC Glass Europe has today announced its intention to make structural reductions in its fixed costs in order to limit the inevitable losses that are looming in the next few years. These reductions will include 95 redundancies out of a total of 606 employees at the HQ which houses the management of all the Group's operations in Europe together with the transversal support operations.

After suffering a general deterioration in the glass market during the second half of 2019 – with lower demand and falling prices against a background of overcapacity – the company has now suffered the full force of the sharp decline over the past months, including the prolonged shutdown, of two major sectors of glass consumption, namely construction and car manufacturing. To the present general economic downturn is added the prospect of a long-term decline in the European automotive market over the next few years, after already contracting significantly in 2019. Jean-Marc Meunier, CEO of AGC Glass Europe and European President of the AGC Automotive Company, explains: "The forecast level of car production in 2021 is 15 million vehicles, compared with 19 million in 2019. Even if output increases by one million vehicles per year, the industry will not see a return to its 2019 level until 2024." In the meantime, the still uncertain recovery in the construction industry by itself will not be enough to stem the losses which the Group expects to incur up until 2023.

AGC Glass Europe will consult with the personnel representatives to consider all the possible solutions which are the most socially acceptable in order to implement this plan. 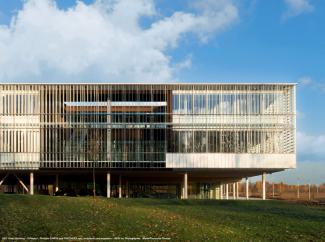 Based in Louvain-la-Neuve (Belgium), AGC Glass Europe produces, processes and markets flat glass for the construction industry (external glazing and interior decoration), car manufacture and solar power applications. It is the European branch of AGC, the world’s leading producer of flat glass. It has over 100 sites throughout Europe, from Spain to Russia, and employs around 16,000 employees (of which 3,000 in Belgium).
More information on www.agc-glass.eu (corporate site), www.agc-yourglass.com (glass for the construction industry) and www.agc-automotive.com (for the automotive industry).