AGC Glass Europe is moved to honour the memory of its former CEO and brilliant leader, Philippe Bodson, who passed away on 4 April as a result of coronavirus at the age of 75.

Philippe Bodson joined Glaverbel (now AGC Glass Europe) in 1977, becoming CEO from 1980 to 1989. His charismatic leadership helped in full measure to assure the recovery of the group during this difficult period and to launch it on its growth path that expanded across western Europe. Convinced that economic success depended on dialogue between the social partners, he rallied company-wide support for the corporate enterprise. Indeed his merits brought him the title of "Manager of the Year" in 1987.

At the same time Philippe Bodson held various front-rank positions within the glass industry and the wider business world, including chairmanship of the Glass Industry Federation from 1981 to 1984, the European Grouping of Flat Glass Producers (1986 to 1988), and the Federation of Enterprises in Belgium (1987 to 1990).

While saluting his commitment to the group and the enthusiasm which he inspired in his personnel, AGC Glass Europe also expresses its heartfelt sympathy for the family and friends of the deceased. 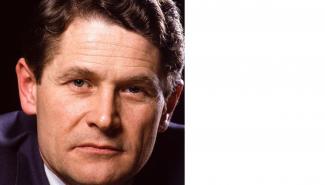 Based in Louvain-la-Neuve (Belgium), AGC Glass Europe produces, processes and markets flat glass for the construction industry (external glazing and interior decoration), car manufacture and solar power applications. It is the European branch of AGC, the world’s leading producer of flat glass. It has over 100 sites throughout Europe, from Spain to Russia, and employs around 16,500 employees.
More information on www.agc-glass.eu (corporate site), www.agc-yourglass.com (glass for the construction industry) and www.agc-automotive.com (for the automotive industry).